FLASH SALE - $20 OFF WATERPROOF BOOTS TODAY!
Compare
Skip to the end of the images gallery 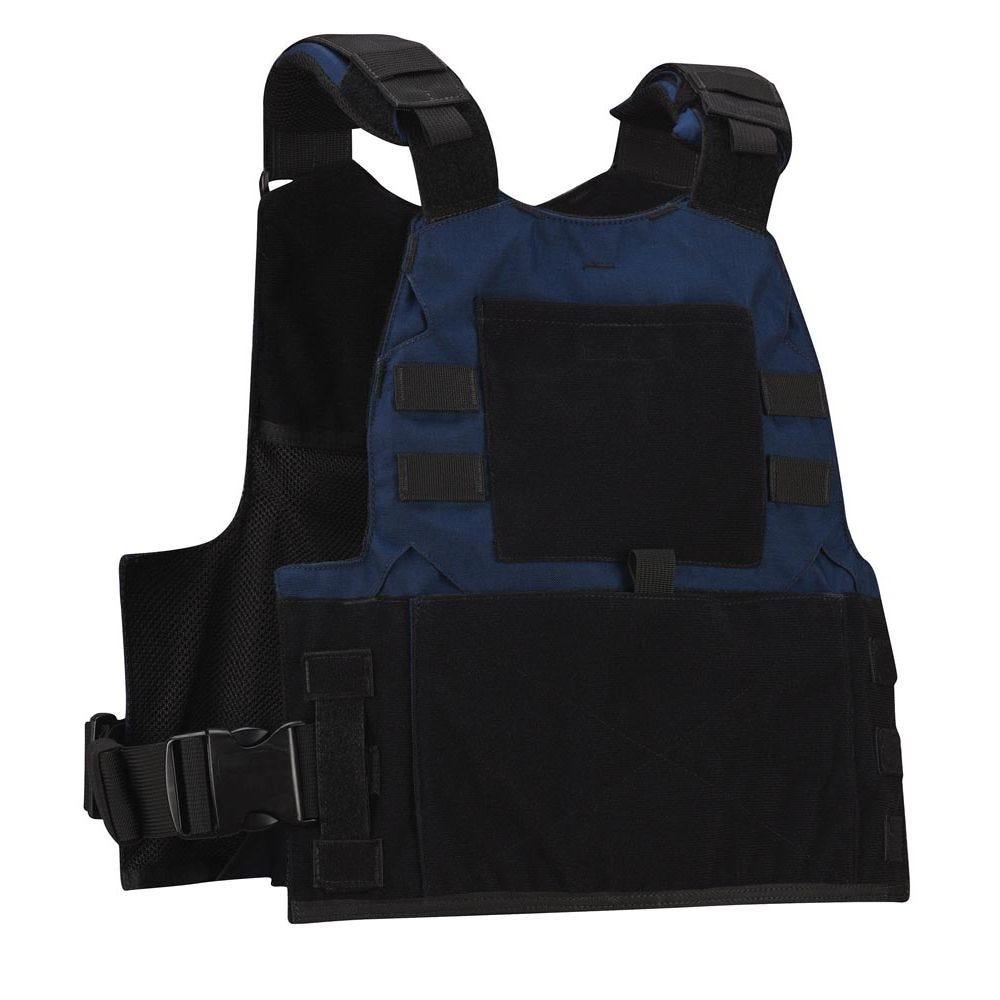 CARRIER
Skip to the beginning of the images gallery

The ultimate first responder vest, the multi-configuration Switch is the one vest that keeps everyone safe and ready, from patrol to EMS to breacher to counter sniper. Mission-specific loadouts are ways with MOLLE and loop field attachment points for every need on the team.

Note: if out of stock, manufacturing can take up to 45 days.

Note: Switch carrier only does not include cummerbund.

Note: Switch carrier only does not include cummerbund.

The ultimate first responder vest, the multi-configuration Switch is the one vest that keeps everyone safe and ready, from patrol to EMS to breacher to counter sniper. Mission-specific loadouts are ways with MOLLE and loop field attachment points for every need on the team.

Compatible with the following cut:

With reviews from four different NTOA members, the Propper Switch Armor Carrier received their seal of approval garnering an overall score of 4.03 out of a possible 5 with its design, performance, and durability praised across the board.

I recently had the opportunity to test and evaluate Proppers - Switch Armor Vest. Prior to receiving the vest, I was given a form for measurements so the vest would fit specifically to me. The supplied form was simple and to the point, or so I thought. After submitting my measurements, Propper questioned the sizing thinking they were too big. I am 6' and 250 pounds, so I am a little bigger than the average person. I then went to three different uniform shops/tailors and had them resize me to the specifications on the sheet. After being resized the measurements were true to Proppers specifications. Upon inspecting the vest, I noted the material seemed loose around the interior ballistic panels (Level II) that were provided. After a brief set-up of the vest, I then placed two armor plates in the inserts. The material around the body of the vest still seemed loose to me. The vest fit and the measurements were correct, I just did not like all the loose material (seemed bunched up and baggy). This was my first experience with Propper vests so I was a little surprised at the material used around the inside of the front and rear collar (Hook and Loop material used with Velcro). This was a little irritating when worn without a shirt or some type of neck cover. If worn in a concealable fashion, I can see this being uncomfortable if worn for an extended period of time. The vest came with a 4-way stretch interior cummerbund pockets system. I liked the feature and was able to place a rifle magazine in it without issue. There was only a slight resizing issue if using the interior cummerbund, but nothing drastic. Designed for multiple uses the cummerbund system can hold many items from magazines to first aid kits and tourniquets. In addition, there was a kangaroo pouch on the front of the vest, but no internals. So I purchased Proppers - Triple M4 Kangaroo insert to fully test the vests capabilities. After receiving the insert, I then took the vest to SWAT trainings and began really testing it. Because I was provided a black vest, I was unable to use it on duty. With that said though I got a lot of use on the range and during various training scenarios. The vest was comfortable while in use and did not shift or move while in various shooting platforms or positions. The kangaroo insert was easy to use and secured the magazines well. Originally designed for EMT professionals, the Switch Vests has multiple mission applications. Overall I think the versatility with the Switch Vest is a great idea, but in regards to a tactical entry vest, it wouldn't be my first choice.

The overall design of the vest is a little awkward. The mag pouches being inside of the cummerbund, were a little uncomfortable and difficult to access. The pouches were well fitted for 30 round magazines. The extra Velcro all around was nice; however, I think extra mollies would have been a more beneficial add. The flexibility of the ballistic vest was a welcomed surprise. The padded shoulder straps were also a plus. Due to the adds weight once equipment is added to the vest, the padding helped keep the pressure off of the shoulders. The versatility of the vest being able to be fitting at the shoulders while on is a nice add, as most tactical vests do not have that capability and would need to be removed in order to adjust the fit. On the back panel, instead of the two sewn in seams, perhaps some type of way to attach a IFAK or something would allow for the space to not be wasted.

The Propper Switch Vest was designed to be adaptable to a handful of law enforcement assignments. Propper advertises that one Switch vest can be customized 300 ways. I have no experience with Propper products, so I came into this with an open mind. Truthfully, the Propper Switch Vest is the nicest product I have been provided for a review, and I have reviewed a lot of really nice products. When I first opened the box I was surprised to see a fully equipped vest. Not only did Propper provide the vest, but they also included level II armor, front and back, as well as side panels, and the optional triple M4 Kangaroo/MOLLE cummerbund. As most of us know, level II armor can be costly, and the fact Propper took the time to provide it with the vest shows their dedication to this product. The stitching materials were strong, the Velcro used was top notch, and the shoulder pads were very comfortable. The inside of the vest (portion towards the body) was loop Velcro (comfort) and then blended to mesh (breath-ability). I find this product to be as good, if not better than anything I have personally used. It may be slightly bulky for an everyday concealable armor but it does indeed "switch" to both concealable as well as a fully loaded plate carrier. It will hold a 10x12 Level IV plate, as there is a strap inside to hold the plate high and tight. The vest also includes trauma plate pockets. If I had to provide any recommendations it would be to add a badge eyelet on the front, perhaps reducing the large Velcro panel, or re-configuring this aspect. This is my only suggestion, as I came away very impressed with this product and would not hesitate to recommend it.

I tested the Propper Switch Armor Vest. The quality control on assembly was exemplary. Sewing is neat, precise, and finished with bar tacks as necessary. Velcro sections are ample to affix marking patches/panels and even small pouches. I would have liked to see the chest Velcro section covered with Velcro covered MOLLE strips for additional versatility in configuration. The back is devoid of MOLLE except for the lower back section. Again, it would be more versatile to have MOLLE on the entire back. Initially, I thought the pouches affixed to the inner side of the cummerbund were thinking outside the box. However, I quickly grew to dislike this feature. The front two pouches on each side are accessible, but the back two are very hard to reach. All of the pockets were mounted to low. I placed a fashioned spacer in the bottom to raise magazines so that they could be reached. This made the elastic retention straps very tight. Anything placed within the cummerbund is pressed against the users body, resulting in discomfort after a short time. Anything removed from one of these pouches is nearly impossible to re-insert without opening the cummerbund and using two hands. The cummerbund should be smooth inside, perhaps with opposing faces of Velcro to keep the front panel and cummerbund aligned better. Additionally, the front pouches prop the securing Velcro away from its opposing surface so that only a minimal amount of the surfaces mate together. The admin pouch is tight and difficult to access. This difficulty increased when I placed an armor plate in the front of the vest. Accessing the panels is done through a bottom flap. I would prefer that this flap extend all the way to each side, rather than just the center of the panel. Over time, the vest corners began to migrate out. Having received no product information other than a catalog, I assumed the notches in the extra layer of fabric are the comm ports listed in the catalog description. These are too small for someone that needs to constantly swap radios from vest to duty belt and back. One can only fit a single finger through each opening to pass wires through. It appears that the extra layer of fabric was added purely for this purpose. It would make more sense to me to add a Velcro flap creating a tube to run radio wires through, or provide a different access style to the existing comm ports. I was left trying to fish the wire down through the fabric. This was frustrating with a loaded vest. Without anything in the inner pouches, I found the vest to fit well, stay in place and ride comfortably. In my opinion, further refinement should be done on the cummerbund, perhaps even dropping the inner pouch feature altogether. The comm port access/routing needs a re-think as well. I would be hesitant to recommend this vest as configured. 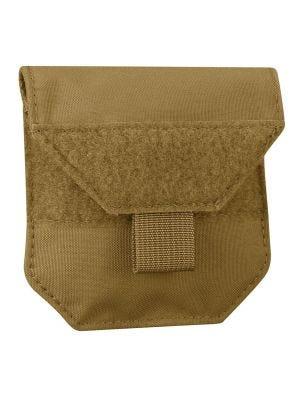 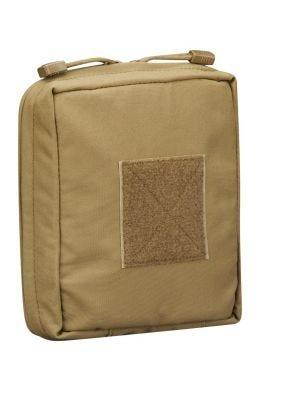 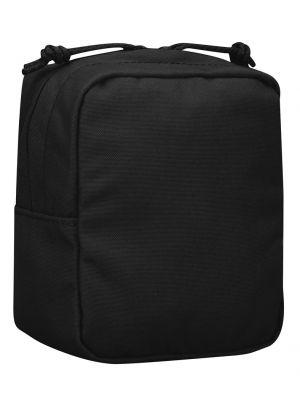 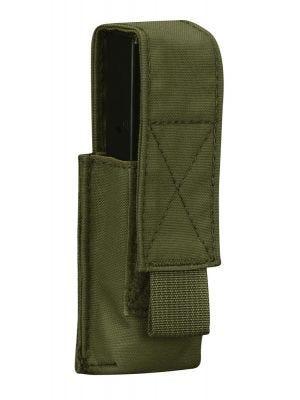