FREE U.S. SHIPPING ON ORDERS $60+
Compare
Skip to the end of the images gallery 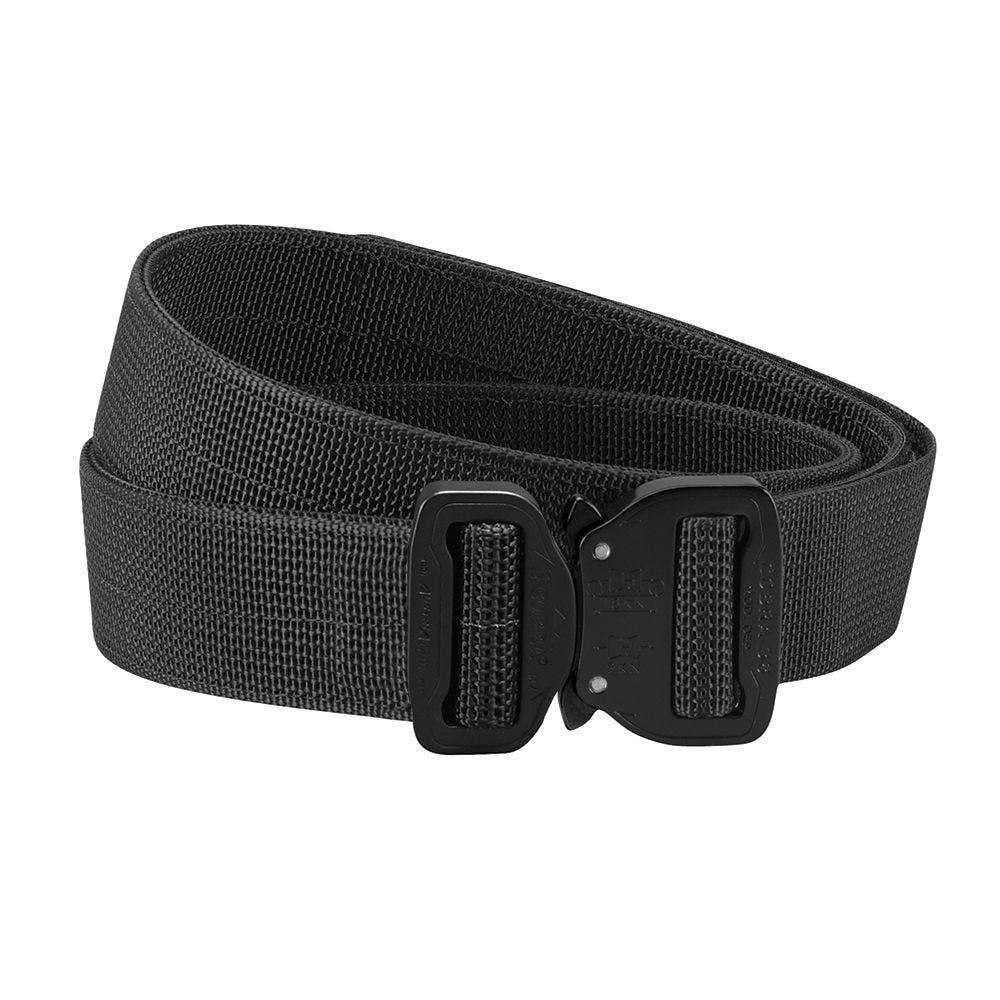 Move quickly with the Propper® Rapid Release Belt. Designed with the AustriAlpin Cobra® Buckle System for stability and quick-release capability and high-quality, durable nylon webbing for exceptional performance, this belt is ideal for EDC or extreme tactical situations.

It’s all in the AustriAlpin Cobra® Buckle System, which offers fast-release functionality. With durable double-layer nylon webbing and an adjustable fit, this belt offers all of the comfort and flexibility you need in the field.

Reviews
Rated 5 out of 5 by Fitchristian from Excellent buy Great belt at a good price. I bought the black one 1st and just ordered the other color today.
Rated 5 out of 5 by T45HED from What is the width of this belt? What is the width of this belt? Don't see that info anywhere?
Rated 5 out of 5 by Ronin48 from Propper Rapid Release Belt is a far better option. Outstanding belt, I've own Wilderness, Blackhawk and Uncle Mike's 1.5 inch tactical hook and loop type belts, but the RR Belt from Propper is far superior. I use it working nightly as a community hospice nurse and during competitive shooting matches. The belt is stiff enough to provide a stable platform for your holster and mag pouches during fast draws and the Cobra RR buckle is mil-spec tough. I now own 3 of your RR belts and bought one for my wife to compete in. Your recent Labor Day sale was awesome.
Rated 5 out of 5 by T from I wish I was joking This belt recently became my new everyday belt. Today I loaded this belt with my everyday carry. A CZ P07 spare mag and a Coye Forerunner. I headed to the grocery store. This is where I wish I was joking. After returning home, putting groceries away and kids down for nap I noticed I never buttoned or zipped my pants after putting on my holster. Call me all the names you want. My fault. But the belt, without the support of my pants, a phrase i never thought I'd say, held a sizeable load without any issue! Needless to say, I'm an idiot but this is a great belt.
Rated 4 out of 5 by Atienza from Rapid release Belt I bought this with the intentions of wearing it at work (where we wear Propper Ripstop Pants) unfortunately the ends of the belt do not fit through their own branded belt loops!! Really!!?? so it looks like I'll just wear these with my regular clothes
Questions

I understand that the belt width is 1.5&rdquo;, but what is the width of the buckle? &nbsp;In the reviews people are reporting difficulty passing the buckle through the belt loops, even Propper pants. &nbsp;Thank you.

Asked by: Pt23
The buckle looks to be about 1.75&rdquo; wide, so not much more than the belt itself. If you angle the buckle a bit it should go through ok.
Answered by: REV0635

What is the WIDTH of this belt?

With reviews from four different NTOA members, thePropper® Rapid Release Belt received their seal of approval garnering an overall score of 4.07 out of a possible 5 with its design, performance and durability praised across the board.

The Propper Rapid Release Cobra Belt is a very sturdy and well-constructed belt. It is constructed with heavy duty 1.5 inch nylon webbing that has been double layered. The buckle is a quick release AustriAlpin Cobra Buckle. Due to the double layered nylon, the belt was very stiff to begin with but it didn't take long to break it in while still maintaining the rigidity needed to hold a holster and gun with extra magazines without getting the sagging effect of single layer nylon belts. The belt threaded through tactical style pants fine but when I tried to thread it through jeans, the buckle was a little too big to get through the belt loops without ripping them. The belt is very easy to adjust if you need to fine tune the fit after gear has been put on the belt. Overall, the belt was very well made and the buckle was very secure yet easy to release.

As luck would have it, I was shopping on-line for a belt with a cobra buckle for on and off duty use when I received the Propper Rapid Release Cobra Belt for review. My initial thoughts of the product upon receipt were that it was made with quality materials and was well-crafted. My intentions were to run this belt as an inner trouser belt to my duty belt, an everyday carry belt and also as an outer duty belt for my SWAT gear during callouts. I measured the belt and the webbing itself measured 1.5 inches, the male buckle measured two inches and the female buckle measured 1 7/8 inches. Propper measured the male buckle at 1.5 inches and the female buckle at two inches. The next test was how well the belt fit into several different brands of pants without removing the male buckle beforehand. I tried feeding the belt through my 5.11 and Blackhawk tactical pants with no luck, but was able to get it through my Propper brand pants. I also tried the belt in different brands of my uniform pants which were Elbeco and Flying Cross and had no luck with them either. It worked well as an outer duty belt for my SWAT gear during callouts. I was able to attach my gear quickly and buckle the belt and belt keepers and be on my way. The belt also accepted several belt-loop holsters with no issues and didn't sag at all with items mounted on the belt. It also ran pretty true to Propper's suggested sizing. The only drawback that I have found with this belt would be the buckle size and having to remove the male buckle to insert and remove the belt from each pair of pants; this is reflected in my "ease of use" rating. If the buckle sizes were smaller, this would be a great belt for on and off-duty wear.

The Propper Rapid Release belt is well made. I was impressed by the strength of the AustriAlpin buckle system. The buckle (according to the specs on the front side of the buckle) is rated for nine kilonewtons (KN) if you pulled directly against the buckle. So it will hold 2025 lbs. It looks like it’s rated for 18KN if you're wearing the belt which is 4050 lbs. So it appears there's quality hardware on a very rugged, stiff belt. There's a label on the inside that says "not intended for climbing". But I would think after wearing it, it might do in a pinch, but I haven't tried any rappelling in it. It's a solid black 1.5 inch belt that's very low profile and can be worn off duty. You can adjust the belt by the folded over hook and loop that's sewn in. The only downside to this belt is that there is not much hook and loop to make size adjustments. It's also very, very stiff and it takes some time to get it a little more flexible. Otherwise it's a solid belt and it seems like it would last for a long time. I think this belt would be highly suited for use inside a battle belt.

I received Propper brand Rapid Release Cobra Belt in the mail from the NTOA and I was pleased to see what was in the package because I had recently been thinking about ordering a similarly styled belt. I happened to be wearing some 5.11 TacLite pants at the time so I took the belt off that I was wearing to put the new belt on. The belt I received was a medium in coyote tan. What a disappointment. The buckle would barely fit through the belt loops and when I brought it around to buckle it, I found it was way too small. I took it off again and expanded it to a point that the Velcro was barely touching, then put it on and was able to connect it. My waist measures 34 inches, sometimes less, but I buy all my pants and belts based on that measurement. I consider myself a medium based on this and have no problem ordering clothing in this size. Having to adjust it to a point that the Velcro was barely engaged made me feel like the belt lost its strength/durability. The belt itself seemed very durable. The buckle was solid and did release rapidly and the nylon material was heavy duty. But based on the issue with putting the buckle through the belt loops and the medium not fitting my medium waist, I'm going to recommend you pass on this belt. 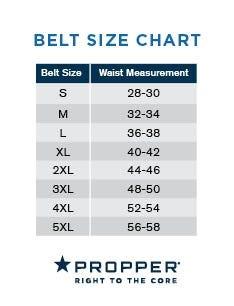 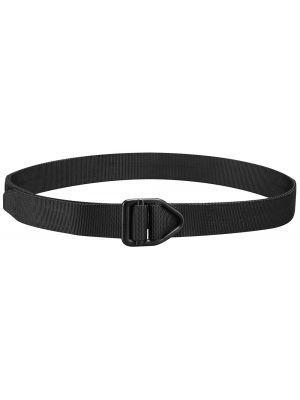 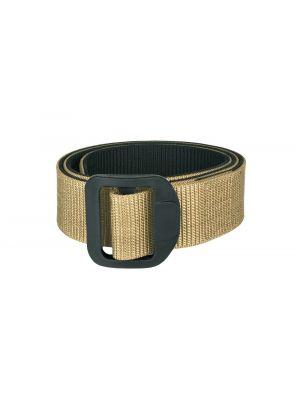 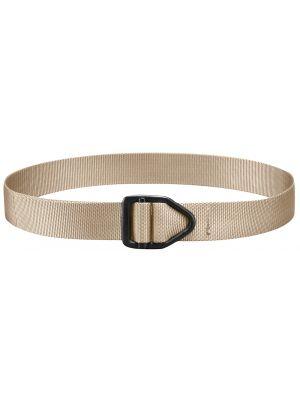