The store will not work correctly in the case when cookies are disabled.
22% off all outerwear
free U.S. shipping on $60+

In Part 2 of this two-part series, we explain the NIJ armor protection levels and which armor stops which threats.

Not all armor stops all threats. Each type is designed for stopping certain calibers and weapons. Therefore, it is important to know the armor types and what each one can do to keep you safe.

The NIJ (National Institute of Justice) is the main governing body for armor sold in the United States and sets the standards for the various protection and performance levels.

NIJ standards are broken down into seven threat levels:

Soft armor is constructed by tightly weaving aramid threads, 100% UHMWPE (ultra-high molecule weight polyethylene), or a hybrid of UHMWPE and aramids into a flexible yet protective bullet catcher that stops the spinning (rifled) motion of the projectile, dissipating its penetration power. Soft armor is best used as concealed armor for patrol or other duty with long hours, as it is lighter, flexible, and more comfortable than hard armor.

Hard armor is made using several different types of materials, based on cost and stopping power.

The cheapest and heaviest is steel, but it is also the most dangerous because the armor deflects the bullet or bullet scraps (spalling) in all directions upon impact, sending shards flying at high speeds toward innocent bystanders and the officer wearing the armor.

Next up is ceramic, which is lighter but costs a bit more due to its chemical complexity. Unlike steel armor, ceramic prevents spalling, instead of absorbing the bullet into the armor, relying on the back face to stop the projectile. 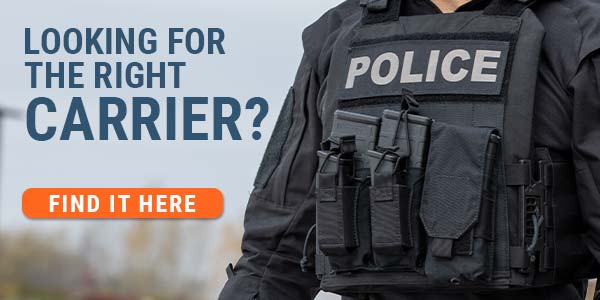 Spike protection is measured in joules, which is “equal to the work done by a force of one newton when its point of application moves one meter in the direction of action of the force, equivalent to one 3600th of a watt-hour.” In laymen’s terms, it’s the force exerted by a striking object. For spike protection, that means the amount of energy exerted by a pointed weapon on the outside of armor. In other words, how hard is the ice pick or shank striking the armor?

Just as with ballistic armor, the level of protection is indicated by a number – higher is stronger. Choose your level based on your mission’s needs.

The most common application for Spike protection is corrections and prisoner transport, where the biggest threat is often an improvised stabbing device.

All spike protection is soft armor and falls under NIJ standard 0115.00 for certification. While some soft ballistic armor will stop certain slashing threats, it is primarily designed to stop bullets. For protection against bladed weapons, choose Spike-level-rated armor.

Whatever your mission, be sure to select the right armor to stop the most likely threats.