What are BDU Pants? | All that you need to know

For more than forty years, BDU pants have been a staple in American apparel. Developed by the US Army in the late 1970s, BDUs were intended to replace the uniform pants used in the Vietnam era. Today, agencies and civilians across the world wear BDUs for work and play.

The Ultimate Guide to BDUs

Battle Dress Uniforms (BDUs) are military uniforms that were previously used by the United States Armed Forces. While these uniforms have officially been retired by the military, they are still widely used by law enforcement agencies, rescue teams, outdoor enthusiast, and some militaries around the world.

I have used Propper bdu pants for 20+ years. First when I was attending a military academy and for several years training airsoft. The construction is superior to all other brands I have seen friends use. They also have to replace their brands more often. All the pairs I have purchased have been true to size and comfortable. My only disappointment is that they are discontinuing the Aisan tiger pattern. Which works best for me in subtropical terrain. 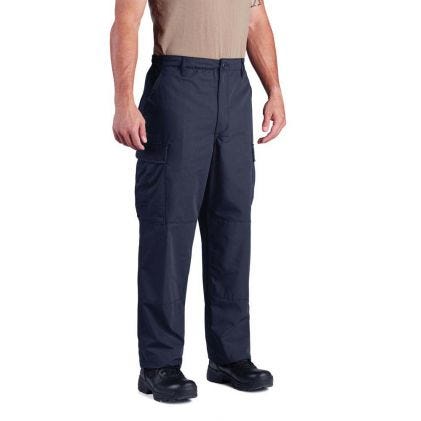 I wear this type of

I wear this type of BDU pants exclusively, True Mil-Spec design & quality. Great for work & play. Multiple large pockets, draw string leg cuffs, 2& belt loops. These are 65%-35% poly-cotton rip-stop. They are warm in winter & cool in summer. VERY fast drying material as opposed to Twill or 100% Cotton. When you order Propper products you know they will always be Proper products!

I have thrown out all my clothes and started over! I have bought several pairs of these in various colors. This is the olive green ones and very true to color! The fabric just rocks! Light durable cool but blocks wind! The biggest seller is the button fly and the waist tabs! They fit and never cared for a zipper! Very rugged and well made! No complaints!

I have worn nothing but Prooper BDU pants and shorts for decades. Rugged, comfortable, long-lasting! I have pants that I still wear after 8 years. Other clothing brands seem to disintegrate on me. 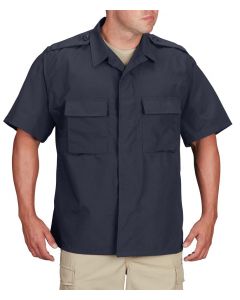 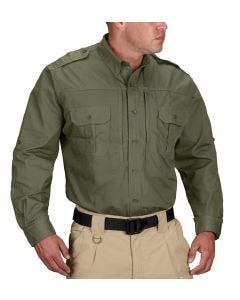 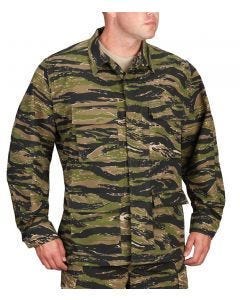 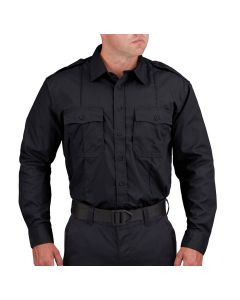 What are BDU Pants?

BDU Pants or Trousers were the combat uniform pants for the US Military. All branches of the US Military wore BDUs, or Battle Dress Uniforms, from the early 1980s until the early 2000s. BDUs are cargo pocket pants built with durability and function in mind. Because the military needed to issue uniforms to a large population in all shapes and sizes, BDUs were alpha-sized with side-adjustment tabs at the waist and blousing straps on the leg openings. They have a six-pocket design with field-repairable button closures on the pockets and fly opening. Made with felled inseams and bartacks at all stress points, these pants were designed to hold up to hard work. BDUs were originally issued to soldiers in Nylon/Cotton Summer Ripstop, Nylon/Cotton Winter Weight Twill, or in some cases 100% Cotton Ripstop. Most common camouflage patterns of this BDU era were Woodland, Desert Camouflage 6 Color, or Desert Camouflage 3 Color. BDU Pants are now most commonly seen in the Tactical and Security markets where a cost effective and durable pant are needed in solid colors such as black, dark navy, or khaki.

What are BDUs in the army?

BDUs are the combat coats and trousers issued to soldiers in the US Army during the 1980s – mid 2000s. BDUs were originally issued to soldiers in Nylon/Cotton Summer Ripstop, Nylon/Cotton Winter Weight Twill, or in some cases 100% Cotton Ripstop. Most common camouflage patterns of this BDU era were Woodland, Desert Camouflage 6 Color, or Desert Camouflage 3 Color. They are now limited to civilian use as the US Army has replaced the BDU with the ACU uniform.

What’s the difference between BDUs and ACUs?

The US Army retired the BDU and adopted the ACU in the mid-2000s. There are several significant differences between the two uniforms. The BDU coat was a 4-pocket design with 2 high chest pockets and two low torso pockets. The BDU coat also had a button down design with its 4 buttons covered by a placket. The ACU coat moved the two torso pockets to the shoulders and tilted the high chest pockets inward for more ergonomic access. The pocket closures were changed from button close to hook and loop closure initially. The moving of the pockets to the shoulders provided better usage of the storage, which was hindered on the BDU by a soldier’s outer tactical vest or belt. The ACU coat changed the button down placket to a zipper front. The original ACU also changed its collar to a stand up, mandarin design from the BDU’s original pointed dress style. Later ACU revisions altered this mandarin collar to be able to fold down. BDU Pants and ACU pants are much closer in design. Both feature button flys, bartacks at all stress points, reinforced knees and seats, as well as button closure pocket flaps. The ACU added a calf pocket for additional storage.