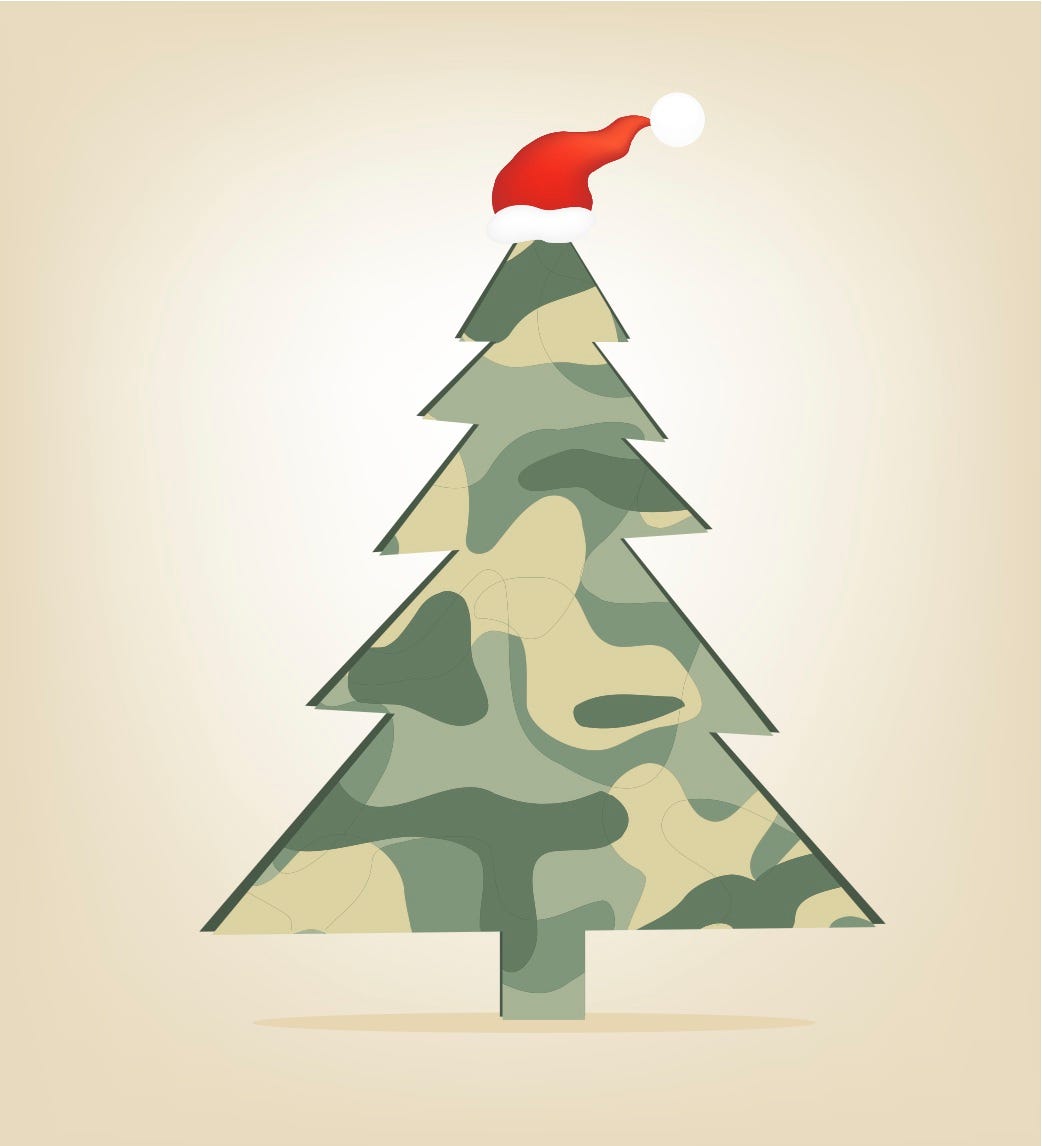 One of the toughest assignments for anyone in the military is being away from home during the holiday season. Duty stations far away can be especially lonely this time of year, missing loved ones and many family traditions. While nothing can replace celebrating at home, over the years the military branches have tried hard to ease the burden of overseas duty during the holiday, and the troops themselves have done their best to help those in need in areas of fighting.

During the American Revolution, troops were not stationed overseas, of course, but since travel was mostly by foot and horseback, it was hard for soldiers to return home for Christmas and get back to the battlefield in a timely manner. They were forced to celebrate wherever they were, including fighting battles on Christmas Day. Remember George Washington’s famous nighttime trek across the icy Delaware River? It took place on December 25, 1776. After the Battle of Trenton was over, General Washington did his best to give his soldiers a bit of rest and time to celebrate among themselves.

Christmas during the Civil War was unique among all American wars because families were split across both Union and Confederate lines. It was not uncommon for brothers to celebrate Christmas on opposite sides of the battlefield, often within sight of each other, one wearing blue, the other grey. On Christmas Day in 1862, President Abraham Lincoln visited injured soldiers in various hospitals to brighten their spirits. Santa even appeared to Union troops one year.

World War I saw the first major overseas campaign by the US military that kept soldiers away from home during the holidays. Something amazing happened on December 25, 1914, however, in the middle of the one of the most intense battles of the war: The Christmas Truce. Although it didn’t involve the US military, the events of that day are reminiscent of the honor that is shared among soldiers of various nations who are away from home at Christmas. 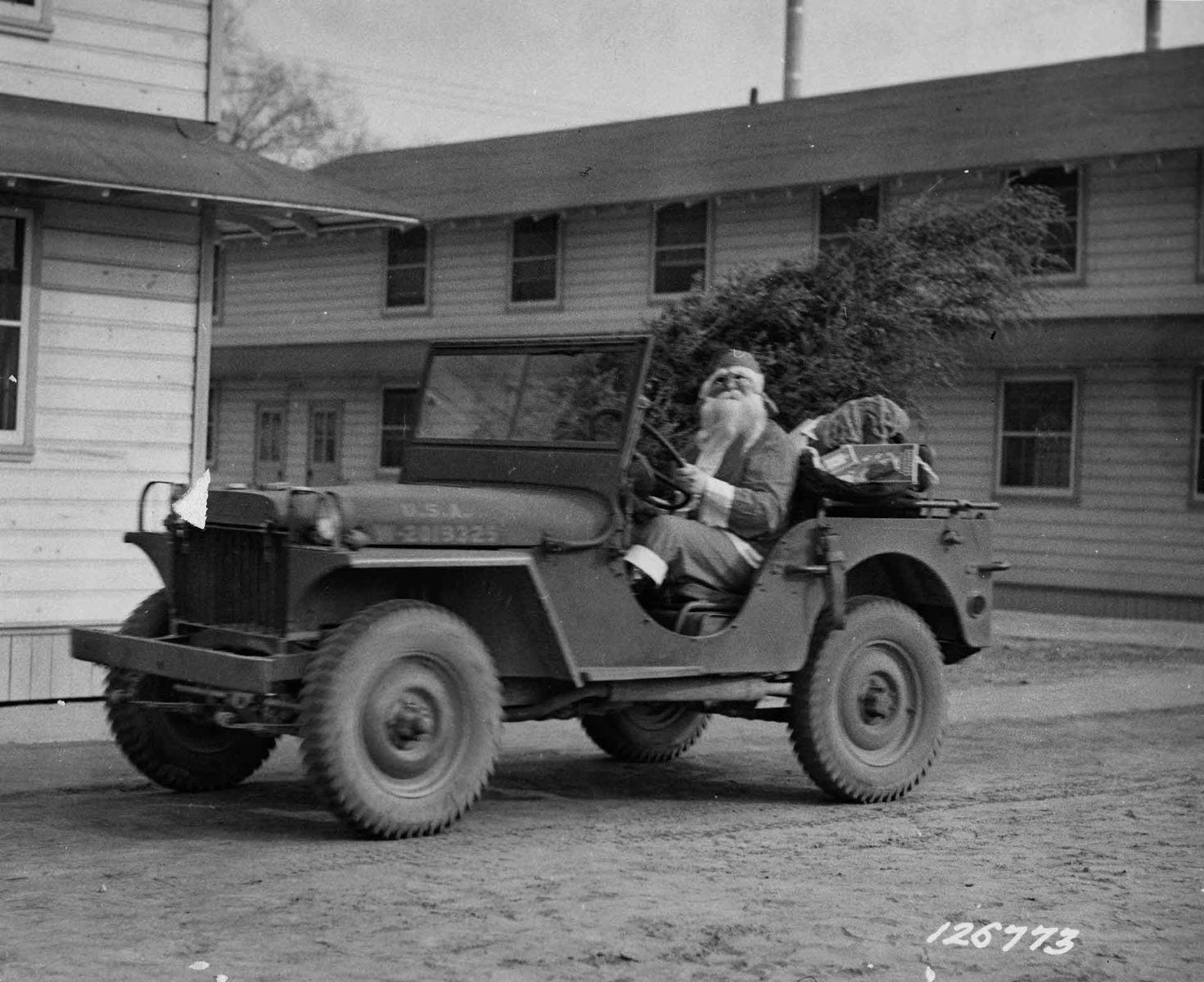 Things changed a bit during World War II, as more presents were sent overseas because the US committed more troops to the battle than in WWI. Thanks to the burgeoning aviation industry, air freight made sending care packages to troops in the European and Pacific theaters easier and faster, allowing presents – including homemade food – to reach troops in time to celebrate and help them feel a bit closer to home so far away. In addition to getting presents, troops not stationed on the front were treated to holiday meals anywhere there was no active fighting. Many of the soldiers themselves donated their home-sent gifts to children in war zones whose homes had been destroyed in the bombing.

The conflicts in Korea and Vietnam continued the tradition of sending gifts and eating meals together but added one new layer: phone calls back home. Thanks to advances in telecommunications technology, soldiers in certain areas could make a quick phone call stateside and talk to loved ones rather than sending letters and waiting for weeks, sometimes months for a reply.

By the time Operation Desert Storm started in 1991, overseas calls to troops was common practice, and email was starting to take hold on a large scale. Today, soldiers in Iraq and Afghanistan can stay in regular touch with folks back home via Skype, FaceTime, and other instant connections.

Families of deployed troops have come up with highly creative ways to celebrate with loved ones even from so far away. TheMilitaryWallet.com, for example, have posted some ideas for holiday traditions that will close the distance a bit and not break the bank.

At Propper, we appreciate all the men and women who serve, both abroad and overseas, and wish you all a very merry holiday season!