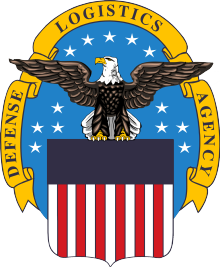 Propper is proud to announce we are one of three companies selected to manufacture USA-made athletic trainers for incoming US military recruits. Here is the story, as reported by the Associated Press:

NORRIDGEWOCK, Maine (AP) — Thanks to congressional intervention, military recruits are going be outfitted in Made-in-the-USA goods right down to their sneakers used for physical fitness training.

New Balance in New England, along with two companies based in Texas and Missouri, is producing Made-in-the-USA running shoes for military recruits — bolstering domestic production at a time when nearly all footwear purchased in the U.S. is made overseas.

The contract reflects only a sliver of the 3 million New Balance sneakers produced each year in the U.S. — and even more worldwide.

But it’s a big victory for workers at a plant in a quiet town of 3,500 people bisected by the Kennebec River, who say they are proud to be helping the military.

“We put a lot of blood, sweat and tears into making this shoe because we know where it’s going,” said Brandon Munroe, one of the 348 workers producing the military combat boots at the New Balance plant in Norridgewock, Maine. 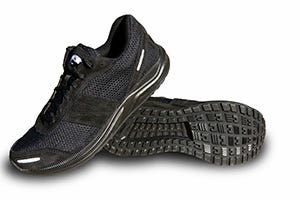 Members of the congressional delegations in Maine and Massachusetts pressed for years for athletic footwear to be made subject to the Berry Amendment, which requires the Defense Department to give preference to home-grown products for military contracts. Most military gear, including helmets, boots and fatigues, have been compliant with the amendment for years.

Some in Congress, concerned about limiting choices for recruits, didn’t see the need to disrupt the status quo of the old policy of providing vouchers and letting them purchase sneakers of their choosing.

But the changes were adopted in 2017. And last spring, a $17.3 million contract was awarded to New Balance. Production of the initial round of 92,000 sneakers is underway at the largest of three New Balance’s factories in Maine. The order

The other two companies are making athletic trainers for the first time.

Missouri-based defense contractor Propper International has a contract for up to 348,000 units, which are being produced in Puerto Rico.

San Antonio Shoe won a contract for up to 398,000 units that are being made in Texas.

For now, U.S. production of shoes “is just a small, tiny drop in the bucket of what’s needed to meet demand,” said Matt Priest, CEO of the Footwear Distributors and Retailers of America. But every little bit helps for a domestic industry that is only a shadow of what it once was.

Nationwide, shoe manufacturing has dropped over the last five decades, according to the U.S. Labor Department. The industry has undergone a complete reversal from the late 1960s when 98 percent of shoes were made in the United States. Now, about 98 percent of shoes are imported from other countries.

But some U.S. shoemakers are finding ways to keep manufacturing in the United States. Keen, Red Wing, Munro, Allen Edmonds, Danner, Eastland and L.L. Bean also make some or all of their shoes in the U.S.

Boston-based New Balance’s owner, Jim Davis, has made domestic manufacturing a top priority — and it has become a selling point for many customers. The company remains competitive with U.S. production thanks to efficiencies that help to offset higher labor costs in the U.S.

“They have proven there is no challenge American workers cannot meet and have kept the ‘Made in America’ label alive and well,” said Republican Sen. Susan Collins, one of the members of Congress who pressed for the Berry Amendment to be applied to athletic trainers.

Raye Wentworth, New Balance’s plant manager in Norridgewock, said it feels to her that New Balance and L.L. Bean, which makes 700,000 pairs of boots in Maine, have created some optimism and could become an inspiration for other manufacturers.

“It feels like it’s coming back,” she said. “I think it’s companies like New Balance that prove that you can do it.”