One of the most important tools in your arsenal isn’t your gun. That’s important, but you use it super sparingly, maybe even once in a lifetime, ideally never. But one tool that you will use quite frequently – maybe daily – is a good EDC knife. There are tons of great brands and options out there.

Whether for self-defense or just to keep handy for mundane tasks, a good knife not only gives you peace of mind for those times when you might need to ward off a threat but also for those everyday functions like cutting through ropes, strings, and box tape.

But what knife is best? It depends on what you want and need. 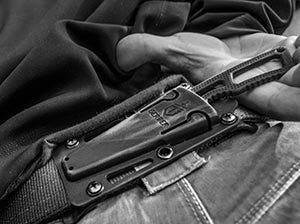 The first consideration is choosing a fixed or folding blade. This decision depends almost entirely on how you intend to carry it. A folding knife does exactly as it says: folds up into itself to safely cover the blade for easy carry. A fixed blade does not fold up, remaining exposed until covered with a leather, nylon, or hard-cover sheath.

Folding knives can usually fit easily into a pocket for concealment vs. a fixed knife that usually attaches to a belt or backpack and is often visible from the outside.

If you need your knife in an instant without consideration of concealment, the external-mounted fixed blade is a great option. If you need to be more low-key, the concealed folding knife works better. It’s all about the application.

Some knife aficionados will tell you a folding knife is not stable enough for the rigors of certain applications. In the old days before locking blades, that certainly held true. All it took was a slight miscue and the blade slapped closed – and your fingers got a knuckle shorter. Nowadays, however, locking mechanisms are so advanced and reliable that this is barely an issue anymore. The biggest issue with locking mechanisms is which one is easier to operate. While there are many different devices invented over the years, the two most common locking mechanisms on EDC knives today are the Lockback and Liner Lock.

One big benefit of the Lock Back mechanism is it’s ambidextrous.

You might not think of knives being left- or right-handed, but just like guns, knives are often designed for the dominate hand of 88% of the population. Because the Lock Back release rests squarely in the middle of the handle, it can be operated with either hand.

Sometimes called a Frame Lock or Reeve Integral Lock (named for inventor Chris Reeve), the Liner Lock mechanism does not have an external button or release but instead relies on an additional flange inside the blade housing to keep the blade open. When the blade is extended, the spring-loaded flange automatically slides in place behind the back of the blade to lock it open. Closing the blade requires the coordination of a thumb pushing the flange aside before the blade can be folded. There are a number of slight variations on the Frame Lock, all of which work basically the same way.

A concealed folding knife can be either carried inside the pocket with your car keys or clipped to the outside edge of a pants pocket. This is a high-wear area, so many tactical pants companies anticipate this by sewing a protective layer of fabric onto the pocket edge for just such a purpose.

Clips come in many shapes and sizes, mostly geared to the size and shape of the knife, but a major consideration when choosing a good one is the number of screws: more is better.

Remember back in school when you learned that the strongest shape is a triangle? So it goes with clip screws. 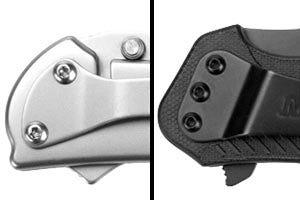 Two is good but three is better. With a three-screw configuration, if one backs out, you still have two more holding it firmly on. The power of the triangle. No matter how many screws your clip has, it’s a good idea to add Loctite or some other glue to prevent the screws from backing out.

The best folding knives have reversible clips with screw holes on both sides. Clip heights vary from knife to knife, from the top of the handle sticking up to ultra-deep concealment where all you see is the clip. Choose one that slides the knife down as far as you like into the pocket.

Knife blades are typically made of steel, which might sound like its own chemical element but is actually a merger of iron (soft) and carbon (hard). To make steel, the two pure metals are poured together in the molten state, formed into an ingot, and rolled out while still hot into the basic blade shape before forging into the finished blade. Thanks to a variety of compounds and heat treatments, there are over 80 varieties of steel used in modern knives. A good rule of thumb is you get what you pay for. More expensive blades tend to have a higher carbon content, are stronger, and tend to hold their edge better.

Whatever EDC knife you choose, be sure it’s the one you really need.

Don’t buy it because your neighbor has one or because it’s the latest trendy tactical purchase. Do your homework. Spend the right amount of money to get what you need. A great knife is an investment that can last a lifetime. 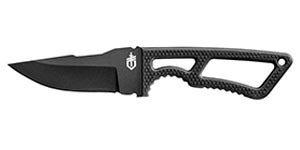 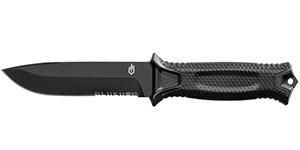 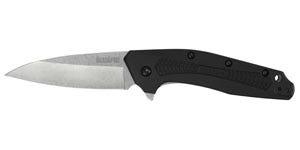 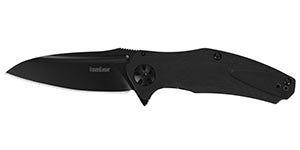