What Do Wildland Firefighters Wear?

When it comes to the harshest and most dangerous jobs in the world, being a wildland firefighter is certainly on the top of the list. To help ensure their safety on a daily basis, wildland firefighters rely on specialized gear and uniforms to protect them. Below is a brief history of the wildland uniform as well as a breakdown of the individual parts of it. 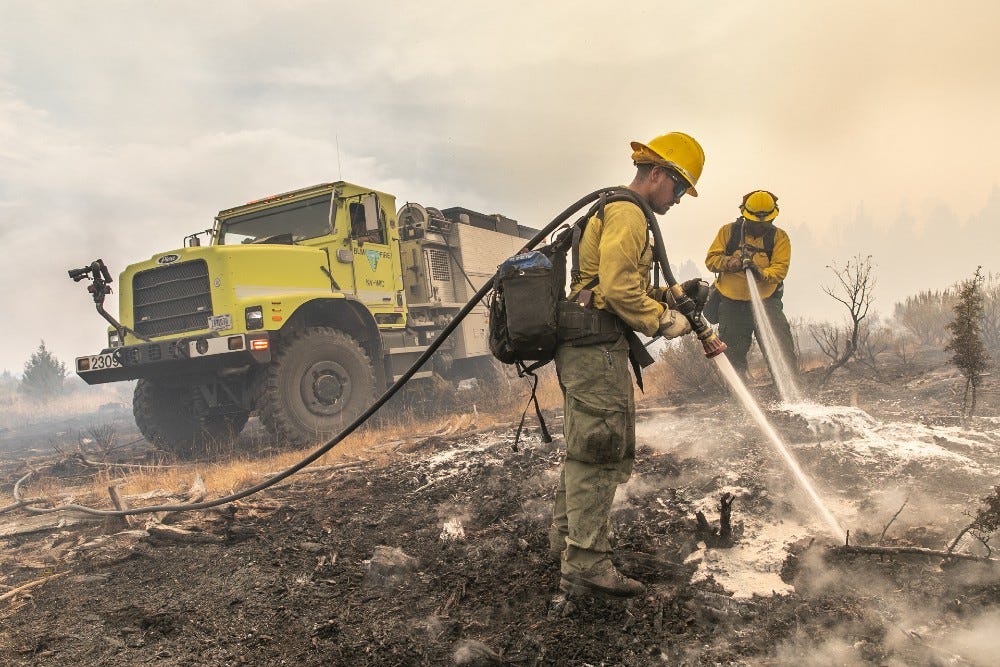 History of the Wildland Firefighter Uniform

The history of wildland firefighting is very interesting because of the adjustment in methodology when it comes to preventing wildland fires from starting. Previous eras saw only suppression of fires but new and developing intelligence about fires shows that there is a need for controlled burns to promote growth. That was not always the case when it came to best practices for wildland firefighters. Here is a timeline of the most important moments and events that led up to the present work of firefighters all across the United States:

The development of standards when it comes to clothing is especially important and deserves further examination.

In general, wildland fire shirts are made from highly durable and fire-resistant materials such as Nomex or Tecasafe materials which exceed the NFPA 1977 standards. In general, these materials are engineered to insulate the user while also not melting under extreme temperatures making them ideal for fire protection.

In years past, the original color of the shirts worn by firefighters was orange, but these orange shirts created problems with air support. The pilots of the aircraft carrying fire retardants thought the orange was small fires and ended up dousing the firefighters with the fire retardant. 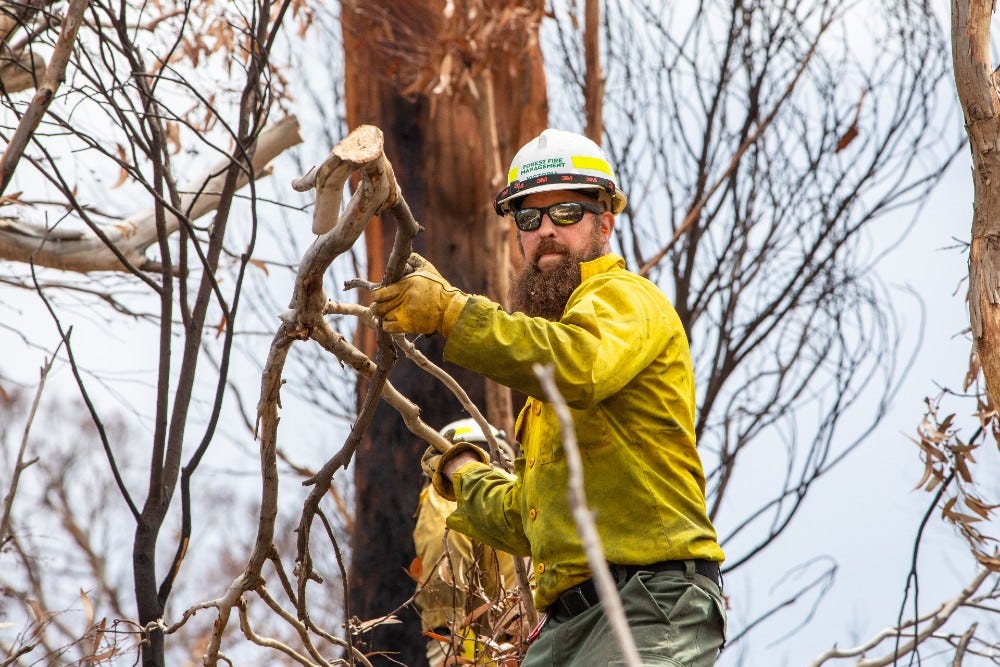 Much like the bright yellow fire shirts, specialized flame resistant wildland fire pants are also worn by wildland firefighters. In most cases the pants themselves are modeled after the tried and true standard U.S. military issue BDU pants. These Battle Dress Uniform pants have been in service since the early 1980’s and are a classic pattern of pants used for many different hard-use applications.

What Are Wildland Fire Pants Made of?

Wildland fire pants are made from flame-resistant, synthetic Nomex material. As discussed above concerning the brush shirt, the Nomex material can withstand the heat of the fire and provide more than adequate protection to the firefighter. It is important to note that all firefighters are required to wear 100% cotton undergarments beneath the brush pants because synthetic materials (nylon, rayon, or polyester) will melt into the skin under extreme heat.

What Is Nomex Aramid?

The Nomex material is an aramid (an industrially-manufactured aromatic polyamide), specifically a meta-aramid. It is known for having beneficial flame-resistant properties, effective filtration, and insulation applications perfect for firefighting.

Can Nomex Catch on Fire?

Nomex is a flame-resistant material and will cease to burn as soon as the flame is removed. Its ability to carbonize and thicken in intense heat makes it an effective barrier between the wearer and fires. It can withstand temperatures of up to 700 degrees Fahrenheit (370 degrees Celsius).

When out in no-man’s land, it is important for firefighters to feel steady on their feet. That is why wildland firefighting boots are highly specialized items with some specific characteristics such as: eight-inch height, lugged-soles, heavy leather leather construction, and fire resistance laves. Putting out a fire is difficult enough without having to worry about stumbling around on a sprained ankle. 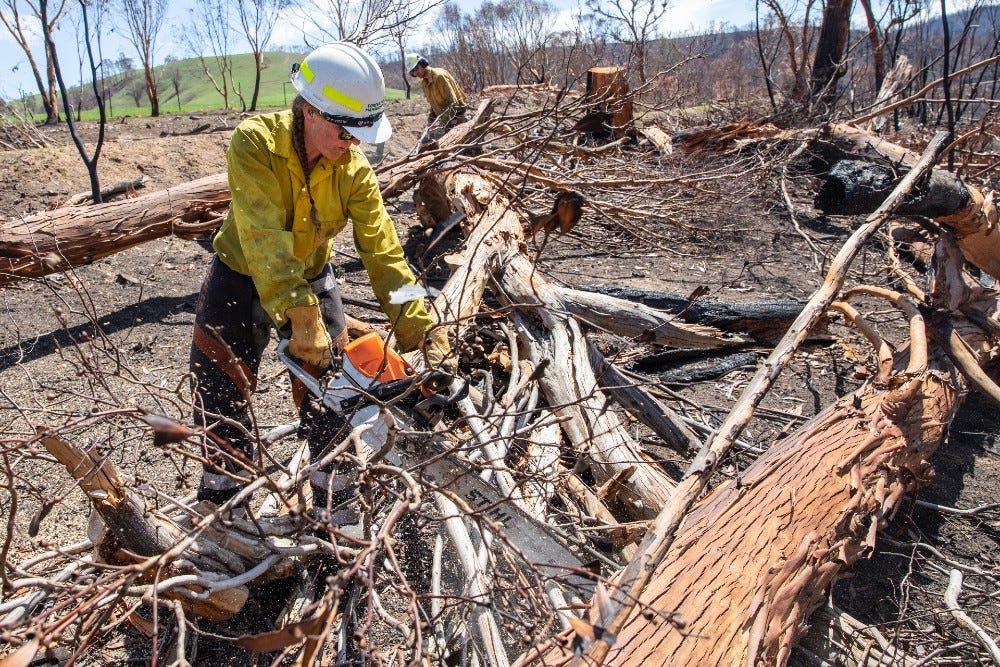 Other Wildland Firefighter Gear and Equipment

In addition to the brush shirts, pants, and boots, firefighters in the wildlands also need to have the following gear for ultimate protection against flames, smoke, and heat:

Propper has met the evolving needs of the military and first responders of all kinds for over 50 years, thanks to a no-compromise manufacturing process of apparel and gear. We know who we make our products for, and it’s a difference you can feel from the moment you gear up. All wildland firefighter clothing is made with the level of care dedicated servicemen expect. Intuitive features, quality fabrics, and innovation are integrated into every garment for unbeatable form and function that looks as good as it feels.

Want more? Check out our full selection of wildland fire uniforms, or give us a call at 1-800-296-9690 to get your questions answered.