Training Beyond the Range

Training Beyond the Range
Features

How Force-on-Force Training Prepares You for Real Life 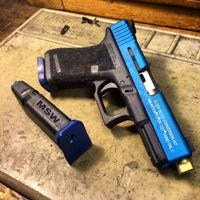 For many gun owners, the idea of “training” means grabbing ear and eye protection, blowing the dust off the range bag, and heading out to shoot a box of practice ammo – usually indoors at a climate-controlled range – every so often. While there certainly are benefits to sterile range practice, especially if you’re new to shooting, trying out a new gun for the first time, or working on honing your marksmanship, there quickly comes a point where it’s time to add extra levels of expertise to your training regimen.

Concealed carriers hope they never have to draw their weapon, much less use it, to defend themselves or others. They would be perfectly content to leave it in the holster for the rest of their lives. And for most people, that’s exactly what happens. Very few concealed carriers ever face the need to use their gun in a hostile situation.

But if you ever did, would you be ready?

Most people would say they are. But it’s probably overly ambitious to think you’ll be prepared should you find yourself in the unfortunate position of being faced with a real life-or-death struggle, especially if you’ve never trained for it. For one, when faced with danger, adrenaline starts pumping and your heart rate jumps, both of which affect your ability to handle a gun and judge a situation clearly.

Second, armed encounters happen very fast – a lot faster than Hollywood portrays – and your survival will be based on split-second decisions. Are you ready to instantly assess the situation and make life-altering decisions in a matter of seconds? That’s likely all the time you’ll have before you have to take action.

Third, and perhaps most importantly, because it’s not part of your everyday activity, a gun battle won’t be routine. It will likely only happen once in your lifetime – especially if you lose.

While it’s impossible to replicate every aspect of an armed confrontation in training – especially the emotional aftermath, since nobody really dies or goes to jail – certain aspects can be practiced in force-on-force training exercises.

What is Force-on-Force Training?

You’re standing in the checkout line at the local convenience store when a masked gunman bursts through the door, brushes past you and sticks a gun in the clerk’s face. What do you do? How will you react? If you’re carrying a gun, do you pull it out? Do you shoot? How do you decide? Will you have the ability to react at all, or freeze up and just stand there? Chances are, you won’t know how you’ll react until it happens. But you can stack the odds of survival in your favor by participating in force-on-force (FoF) training. 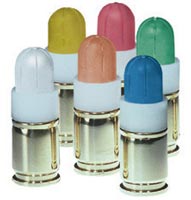 Scenarios like this and many others can be simulated in a controlled environment where you can practice your response before they happen in real life. Role players wearing protective gear play out the scenario with live fire using real guns specially modified to shoot only non-lethal marking ammunition, similar to paintball. A typical scenario involves a common setting like the convenience store and a mix of attackers and innocent bystanders. The situation starts out normal, but at some point hostility breaks out and you have to decide what to do. Do you shoot? Not shoot? Run out of the store? If you choose to stay and shoot, can you get rounds on target before he gets them on you? What about taking cover and using your surroundings for a tactical advantage? Would you even know what do to? What about after the shooting stops? Then what?

Internationally-recognized FoF trainer Chris Cerino points out, “Most people are not prepared for what will hit them in real life. Getting a concealed carry permit is just the start. You have to learn to adopt a tactical mindset that keeps you constantly alert to your surroundings. Then you have to practice, both shooting and tactics. Firing a few rounds at the range is a start, but it’s not enough. You need to train for life outside the range.”

In addition to training law enforcement and civilians nationwide, Cerino is also the trainer and host of Gun Talk Media’s hit show First Person Defender, which places civilians in FoF scenarios to see how well they handle situations and then teaches them how to be better prepared for real-world encounters. The show just wrapped up filming its fourth season, which is due out this winter.

How close is FoF training to real life?

PoliceOne.com reported in July 2014 on a study conducted by Dr. John Taverniers, head of psychology for the department of behavioral sciences at the Royal Military Academy in Belgium, and Pieter De Boeck, a military and social sciences expert at that country’s Infantry School that showed the physiological effects of FoF training on 20 men ranging from 25 to 36 years old. The study revealed that while “even force-on-force training cannot match the intensity of a truly life-or-death encounter…with repeated exposure to good force-on-force scenarios, officers are forced to acknowledge the adverse effect of high stress and they can gradually learn to perform reliably and use it to enhance their performance.” 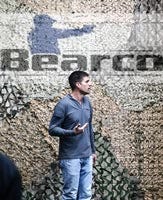 More Than How to Use a Gun

Sometimes pulling out a gun isn’t the best option, even if you have one handy. Many situations can be prevented or handled without using deadly force. For example, barricading a doorway may prevent an attacker from entering the room. Or at the very least, it might give you a few extra seconds to decide what to do next or to move people out of danger. FoF training teaches a tactical mindset that gives you the tools to think about how to use your surroundings to quell a situation, with or without involving a gun. Much of the mindset involves preparing before a potential incident starts. For example, where is the most tactically advantageous place to sit? Where are the exits? Who or what is between you and an entryway where an attacker might come in? What do you do if you’re attacked with a knife instead of a gun?

“Scenarios that include an emotional component and require high-level decision making are not only a great way to pressure test a student’s ability to apply a skill in context, they can also program the brain with that experience when done correctly,” says Barret Kendrick, owner of Bearco Training, which offers FoF training across the country. “Did the student do what you trained to do during the scenario, and was it done correctly? Could you legally do it? This experience allows the student to perform more efficiently if faced with a similar encounter in life." 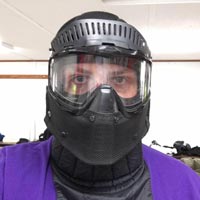 One consideration when deciding which company or training organization to use in your FoF training is their safety controls. Safety is paramount to training, from wearing protective gear, such as a helmet and padding, to making sure the correct weapons are present – and the wrong ones are not. Ask questions. Do they have a dedicated Range Safety Officer on hand at all times monitoring activities? Does the RSO check all participants, including a pat-down before each scenario to ensure no live ammunition or other lethal weapons are present? Are the non-lethal marking ammunition weapons functioning properly and loaded with the correct rounds? The last thing anyone wants in a training exercise is for something to go horribly wrong because of an oversight and take someone’s life.

The biggest barrier to getting FoF training for many is the cost. Starting at around $100 per session in some locales, more in others, many people either don’t have the budget or don’t see the value of paying that much for training. However, the cost of being prepared for an armed encounter is typically less than the cost of a funeral or legal bills because you weren’t adequately trained.

One of the biggest mistakes people make is thinking getting a concealed carry permit is all they need. Get a permit, buy a gun, shoot some rounds, and they’re good to go. But that’s not enough. Force-on-force training takes what you learned at the shooting range and puts it in motion, applying it to everyday life.

As the old joke goes, a man carrying a violin on a New York City street asked a passerby how to get to Carnegie Hall. The passerby wisely answered with a smile, “Practice.” How do professional baseball players make that “routine” play in clutch situations? They’ve practiced it a thousand times. It’s not the first ball that has been hit their way. Learning to fire a gun and practicing marksmanship are important. But adding FoF training that teaches you how to survive in the real world might just save your life. Being prepared for an attack – one that you hope never comes – is your first line of defense. Never go looking for a fight, but be ready if one comes to you.